The Guild's Historical Vehicle Troop is responsible for the maintenance and operation of vehicles and equipment formerly employed with the Regiment.

Our mandate is to preserve the storied history the Regiment holds, in the form of tangible and operational mounts which can be observed and appreciated by the public. Additionally, we're staffed entirely by volunteer members. Although most are currently serving Dragoons, the Troop receives a generous amount of expertise, help, and donations from members outside of the Regiment, as well as from the Ontario Regiment RCAC Museum. Currently, the Historical Vehicle Troop holds an Ordnance BL 12 pounder 6cwt Light Field Gun, a 1940 Chevrolet T17 E1 Staghound Armored Car, and a 1954 Daimler Ferret Scout Car Mk.1.

The 12 pounder, used during the Second Boer War, has been beautifully restored and is often flanked by members of the Royal Canadian Horse Artillery while on parade. The Staghound has been beautifully restored and in operational shape thanks to the extensive efforts of the Ontario Regiment RCAC museum. The Ferret, which was used from 1954-1981, was restored at the turn of the century. Interestingly, it is number 1 of 124 Ferrets acquired by the Canadian Armed Forces and its livery has been updated to reflect the Regiment's service in Cyprus. All are displayed during notable Regimental events and other times when the opportunity arises.

The upkeep of these relics requires hours of research and networking in order to source information regarding their technical aspects or operation. Members often have to dig deep into Regimental archives and service manuals to troubleshoot problems or conduct repairs. Parts are often scarce and when unavailable must be fabricated from scratch or when permitted, sourced from derelict examples such as monuments. The Troop takes pride in restoring these mounts as they pay homage to Dragoons who’ve gone before. 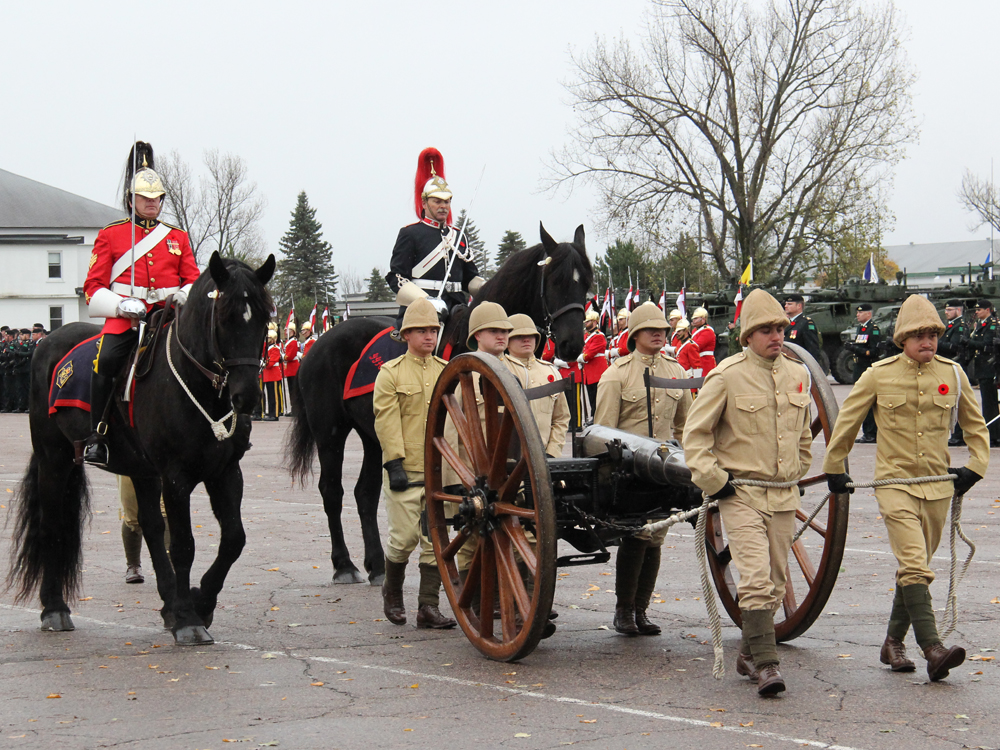 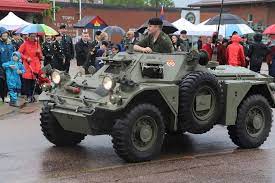 Public Display of the Guild Ferret

Enjoy a ride from the view of the turret of the Guild's T17E1 Staghound prior to restoration. The vehicle is part of the Guild's Historical Vehicle Troop and was returned to the Guild after a full restoration by the Ontario Regiment Museum.

C Squadron of the Royal Canadian Dragoons were the first to enter the Dutch city of Leeuwarden and were greeted as liberators and heroes. Every year since, on the 15th of April, the City of Leeuwarden flies the flag of the Royal Canadian Dragoons to commemorate their liberation. Among the first into Leeuwarden was Trooper Don White, racing into the city inside of his Staghound. Don was now a veteran who had fought in Italy the year before.  Source: Project '44

The Ontario Regiment Museum graciously invited the Regiment's very own WWII Veteran Trooper Don White for a special ceremony to send off the vehicle he crewed. Don thanked the restoration team and told a few stories about his service in the Staghound.