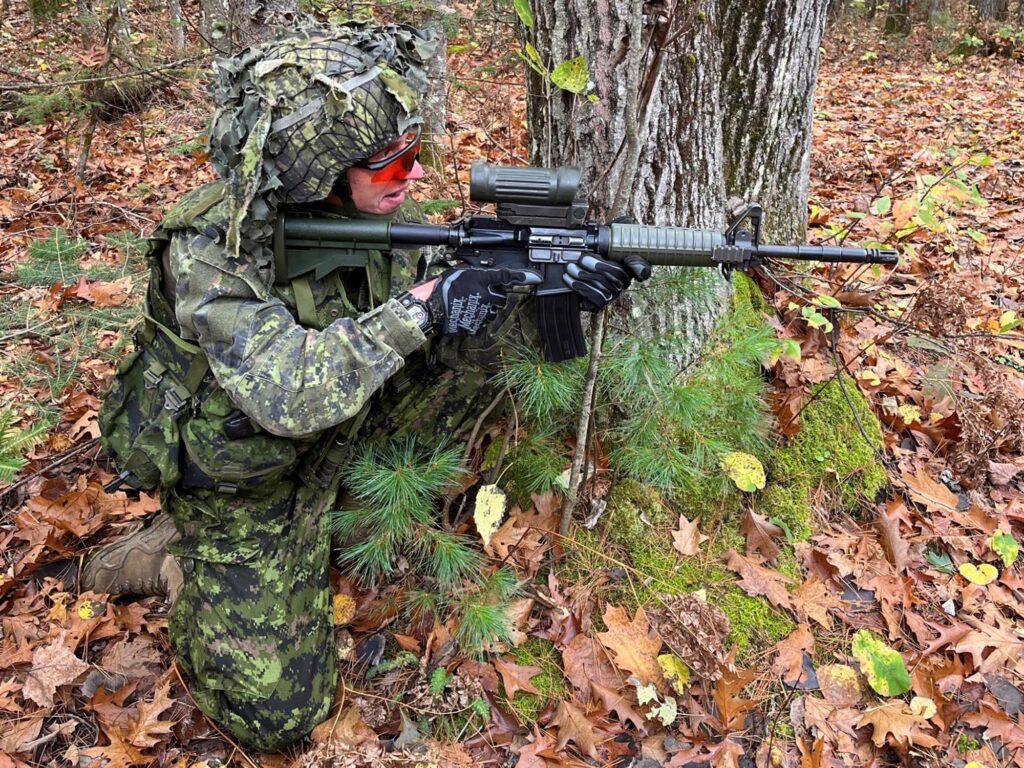 Shortly following Ex Walking Dragoon, members of 3 Tp, A Sqn, conducted a pairs live jungle lane range at the Petawawa Bush Lanes in Area 9. The range was executed over 2 days (18-19 Oct 2021), with an intent from Maj Fetzner, OC A Sqn, to prepare our soldiers in observer positions for a chance to employ dismounted fire and movement during the upcoming Ex Sabot Dragoon (Ex SD).

The range was built for use with C7/C8 rifles, using a mixture of pop-up static infantry targets, Fig 11’s on sticks, and sound effect systems to simulate machine gun firing. Observers from A Sqn, as well as a pair of soldiers from 2 MP Platoon, took turns advancing through the 800m lane, gradually building up from dry training, to live pairs advancing in line, and culminated with pair’s live fire and movement while supporting each other’s bounds.

The range proved to be a success, and the soldiers of A Sqn had a lot of fun on what was for some of them, their first experience on an unconventional range. The range was a beneficial addition to the busy fall training schedule, and set the conditions for the observers to be better utilized during Ex SD.

Posted in From the Field
← Dear DragoonsEx SABOT DRAGOON 21 →