The Guild of the Royal Canadian Dragoons 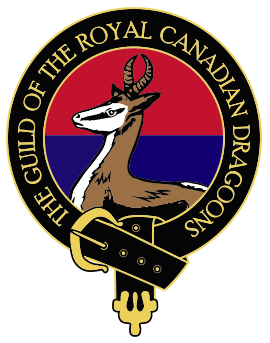 The Royal Canadian Dragoons are the senior of three regular armoured regiments in the Canadian Army. The regiment was established in 1883 as a cavalry unit. Since then, it has served in major conflicts at home and overseas, including the North-West Rebellion, Boer War, First and Second World Wars and, more recently, the war in Afghanistan. The Dragoons have also served in peace operations in Egypt, Cyprus, Somalia and the Balkans.  Since 2011, Dragoons have provided support to Canada’s fight against ISIS in Iraq, the training mission in Ukraine (leading the operation in 2017) and the NATO battle group in Latvia (leading the battle group in 2021).

The Regiment has been based at CFB Petawawa, Ontario, since 1987. It is currently part of 2nd Canadian Mechanized Brigade Group, 4th Canadian Division. A detached squadron serves at CFB Gagetown, New Brunswick.

A short video highlighting Canadian Forces Base (CFB) Petawawa from inception to its current role.  Produced by CFB Petawawa

2007 Tribute to CFB Petawawa - 100 years.  The Regiment is featured throughout.