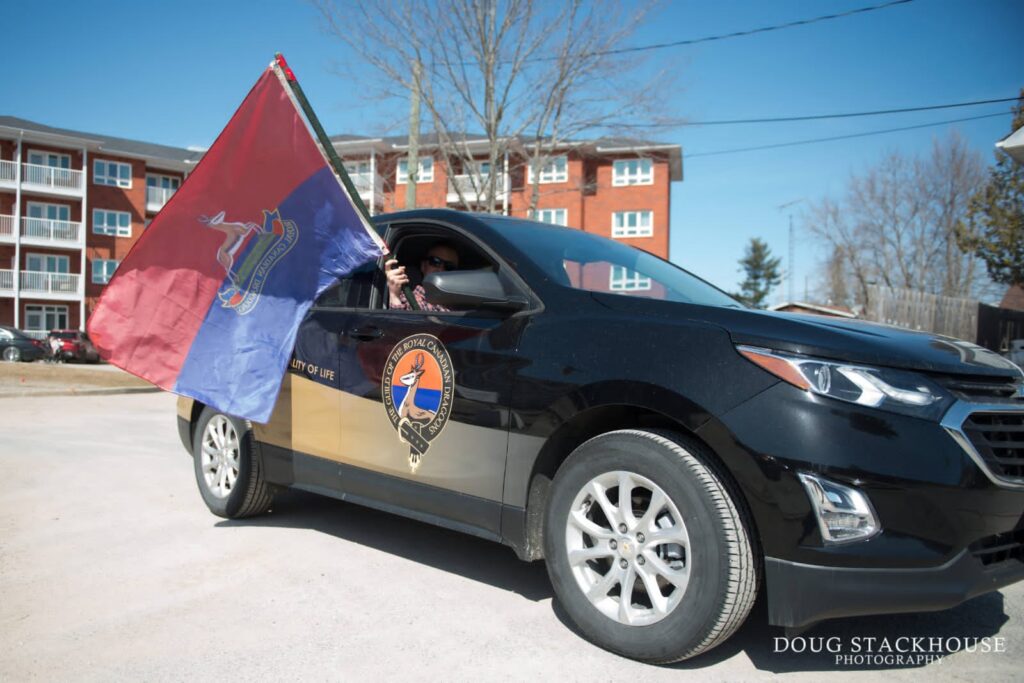 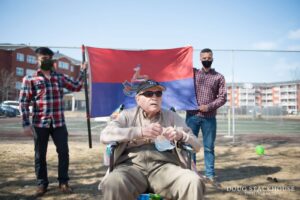 On March 22nd, Tpr Marengere and I were given the opportunity to travel to Perth, to honour a WW2 veteran. This incredible man is Lt Colonel John Beswick, retired. We honoured him by participating in his 102nd birthday celebration. We drove the Guild vehicle in a parade organized by the local legion. While driving down the street with the RCD flag was proudly waving through the air out the window. Everyone was pointing and taking pictures, we were a crowd favourite. As we pulled up to the Lt. Colonel, we wished him a happy birthday on behalf of the Regiment and the Guild.

Once the parade was over, me and Tpr Marengere stayed with the family and took a few pictures with Mr. Beswick and the RCD flag. The Legion set up a cool display with bright Canadian flags in the shape of 102. We talked with family members and other residents of the retirement home and then proceeded to get back on the road for home.

I felt honoured to represent the Regiment and the Guild by reminding Lt. Colonel Beswick the we had not forgotten him. The Dragoons are a family, both active and retired members. Hopefully I am able to do something like this again the future.