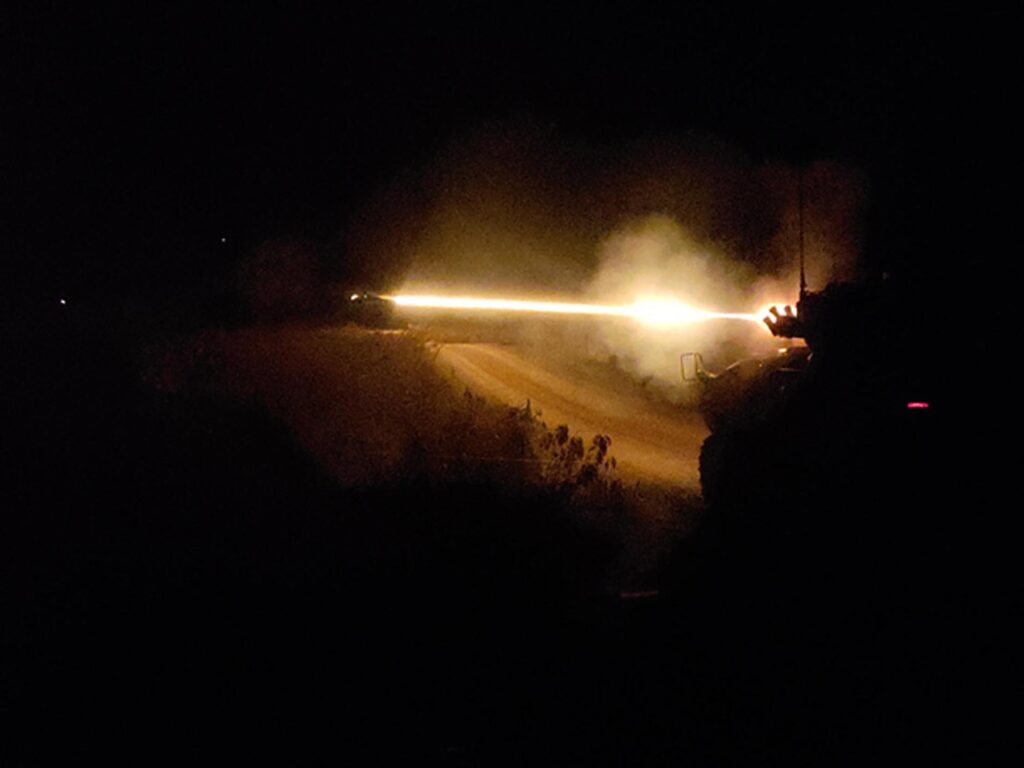 On the 27th of October, 2021, A Sqn members were into work early drawing weapons and prepping vehicles to deploy to the range. Working with a mixed fleet of vehicles, A Sqn rolled out that morning ready to fire Coyotes, TAPVs, and LAV 6.0s, with a variety of echelon vehicles supporting. The intent was to stay out and fire for three days (but prepared for five), as crews were tasked with the completion of level 2 (static and patrol battle runs) and level 3 (troop manoeuvre) live fire practice by both day and night.

Level 2 began as confirmation of skills. Firing from a static position allowed the crews to deliberately practice their drills and sequences in a minimum-stress environment. Crews could shake off the cobwebs from restricted time in turret in the past year (due to COVID-19) and become comfortable once again in all steps from loading, firing, downloading, and all safety in between. Come nightfall, crews used their various forms of night vision capabilities in order to continue to engage a variety of targets with all methods of fire.

Day two stepped up the complexity moving into level 3. Orders were issued by the OC, then pushed down through proper battle procedure to all troop members before stepping off. Troops advanced through both open and closed terrain, engaging targets with their main and secondary armaments as the situation dictated. This happened while being tightly monitored by safety vehicles, who paused scenarios as required in order to ensure the priority of safety throughout was sustained.

Moving into darkness for level 3 was a true test for crew skills. Drivers had various versions of night vision due to vehicle variants which increased difficulty in night time operations. Movement slowed and complexity increased as crews now had additional light management to consider when using their map and battle tracking in order to both limit light exposure and maintain their own night vision. Despite the challenges, A Sqn soldiers executed effective training and successfully fired and manoeuvred in a safe manor.

The late nights and early mornings came to an end as vehicles began to return to the hanger around 0200hrs on Saturday the 29th. All pers had completed their training, weapons were cleaned and vehicles emptied in order to get everyone home to their families and enjoy the rest of the weekend. Throughout the several days of training, members displayed the skills expected of Dragoons; proficiency in direct fire and overall expertise in armoured warfare. All Armoured Soldiers will continue to develop their skills through subsequent training exercises throughout the year.