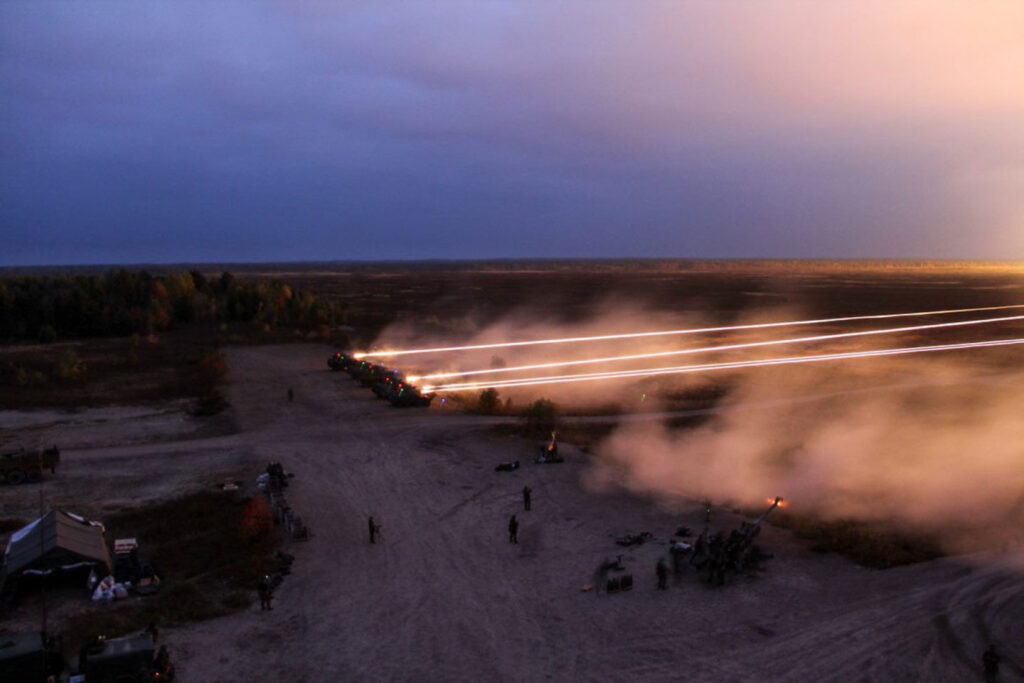 Ex SABOT DRAGOON took place from the 15th to the 19th of October 2020, during which time B Squadron supported 60 and 9TAC as they completed their level 2 and 3 qualifying shoots as part of pre-deployment training for Op REASSURANCE. The RSO for the ranges were Sgt Aube and the OIC Practice was Capt MacDonald. The primary task for Ex SABOT DRAGOON was to ensure the readiness of 60 and 9 TAC for Enhanced Forward Presence ROTO 15, Task Force Wolverine.

Over the course of the exercise the members of 60 and 9 TAC were assessed on their ability to perform as a crew with a focus on the gunners and crew commanders in live fire scenarios. 60 conducted route recces throughout the traces of the level 2 and 3 shoots, while moving into manoeuvre boxes. When in the manoeuvre boxes, the crews would have to react to the possibility of coming under contact, and engage the targets as necessary based on the terrain.

B Squadron was responsible for the planning, setup and tear down of the range. During the setup, B Squadron ensured that all targets were setup properly at the correct distances in the proper positions. This included a new technique of attaching aluminum foil to the targets so that they appear in night optics more prominently. This effort was implemented by Sgt Aube. Leadership created tactical scenarios and built the range to reflect the environment of a BG advance to contact and withdraw under pressure. B Squadron Corporals were in charge of leading the night guard for the range to ensure the security of the weapons, ammo, and radios for 60 and 9 TAC.

B Squadron Ops staff were in charge of ensuring the scenarios ran smoothly while continuing to challenge the skills of the training audience. 29C was in charge of supplying ammo and fuel to all vehicles and crews taking part in the shoots. Overall this exercise provided a valuable learning experience for the primary training audience as well as all those involved in the planning, preparation, and execution of the range.