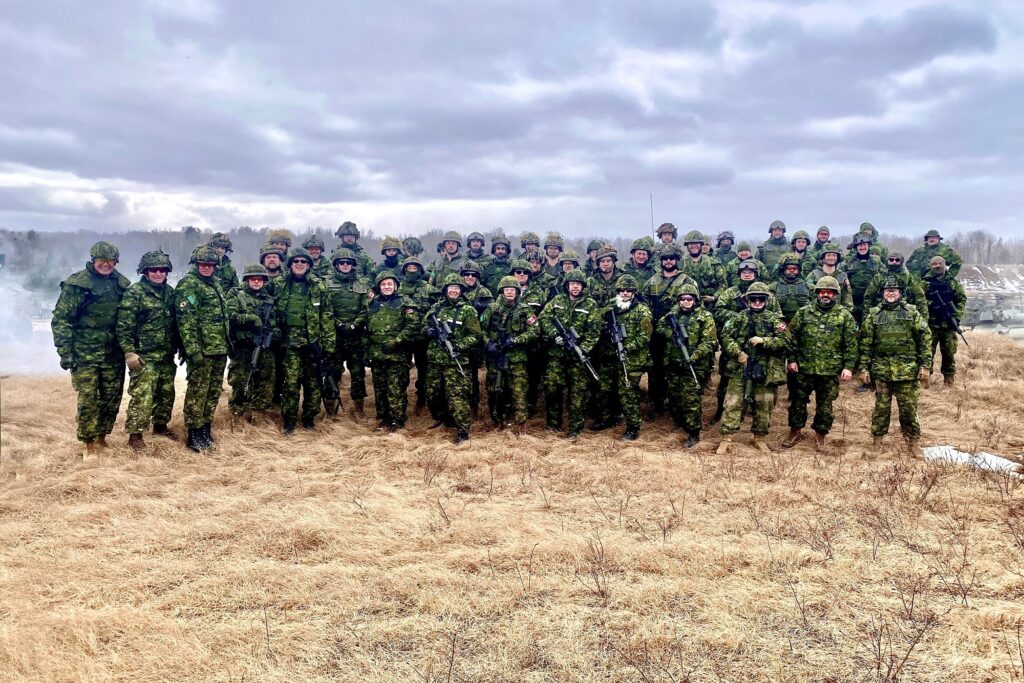 On 1 April 2022, A Sqn in conjunction with the Colonel of The Regiment and the Regimental Patron hosted Friends of the Regiment at Garrison Petawawa to experience “a day in the life of Dragoons”. The day began bright and early with the friends arriving to the new RCD building, Y-137, where they were welcomed by Maj Fetzner and MWO Phillips, and introduced to their “battle buddies” (Dragoon soldiers paired with the friends, assisting them with all activities throughout the day). Under the watchful eye of the A Sqn SQMS WO Dolmovic, the friends were issued uniforms, personal weapons, and the equipment they would require to complete all assigned tasks. The day started simply as the friends were hosted for coffee in the Centurion Room by the RCD officers, prior to mounting in their armoured vehicles and departing for Juliet Tower. Lt Hudec greeted the friends at the range and prepared them for combat, allowing them to engage targets with the 25mm cannon of the LAV 6.0, the 40mm grenades of the TAPV, and various small arms. The newly minted warriors, now battle hardened through a morning of fierce engagements, were transported to the east side of the training area and treated to the ultimate fine dining experience of field rations, which they washed down with some delicious water from the vehicle mounted jerry cans. Following lunch, the friends were given a crash course on how to drive the TAPV, and were evaluated by experienced armoured soldiers in their ability to navigate the arduous driving circuit. The training had just completed when orders were heard bellowing across the Sqn radio net from 19er, “hasty attack warning order, platoon dug in on west side of the Mattawa, mission destroy!” Under the steadfast leadership of Lt Banks-Batten, the friends, mounted in TAPVs, charged guns blazing across the Mattawa, destroying the enemy objective. MCpl Wilkinson led the friends through a dismounted attack on the enemy trenches, ensuring all enemy were annihilated and any intelligence gathered. After catching their breath, some laughs, and a group photo, the friends ended the day in the Centurion Room feasting on shawarmas from Madameek and retelling war stories from the victorious battle of the Mattawa plains. All in all, fun was had, memories were made, and the friends successfully experienced “a day in the life of Dragoons”. 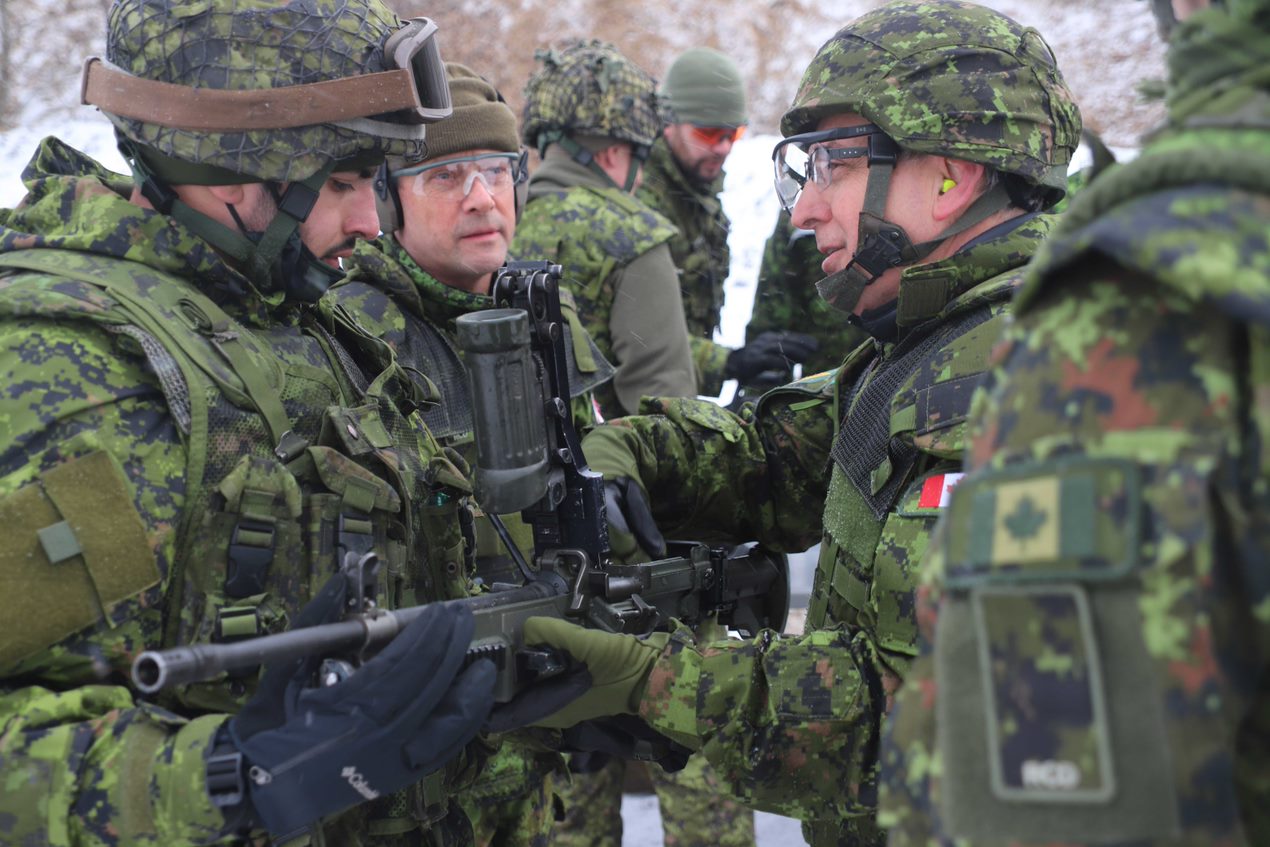 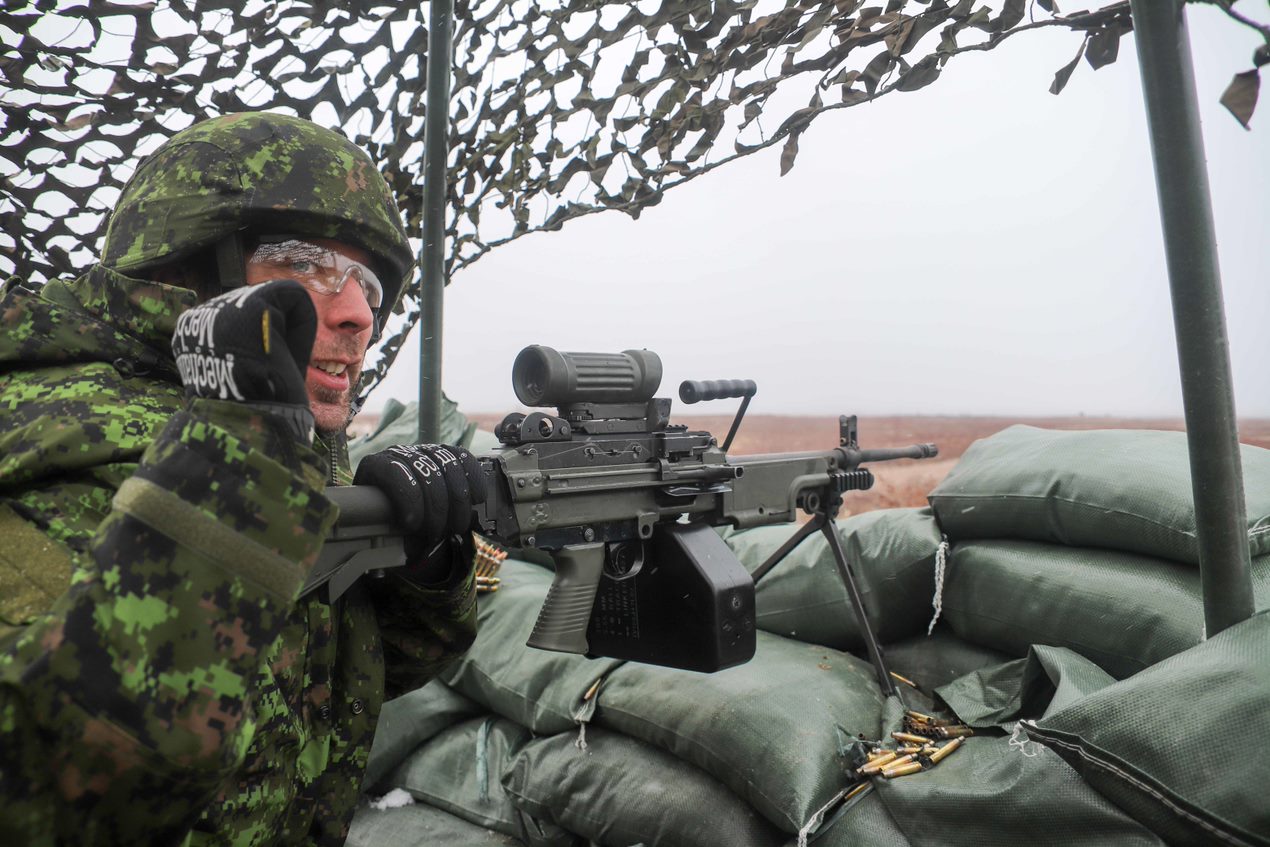