Noteworthy Action of the Boer War

War was declared between Great Britain and the Boer Republics of South Africa in 1899 when the British ignored a Boer ultimatum that they stop concentrating troops near the borders of two Afrikaner republics, the Orange Free State and the Transvaal. The Boer leaders, Kruger and Steyn, ordered their commandos into British territory on October 13.

The Dominion Government brought into being the 1st Battalion Canadian Mounted Rifles (Royal Canadian Dragoons) and offered their services. The Regiment sailed from Canada on February 21, 1900 with 18 officers and 352 other ranks along with 268 horses. They arrived on the 21 March 1900 in Capetown. The Regiment’s first action was seen by B Squadron on the 22-24 April 1900. The Regiment was reunited again on the 1st of May and took part in the advance on Pretoria. In July, the Regiment escorted 2 R.H.A. and again became involved in heavy action. 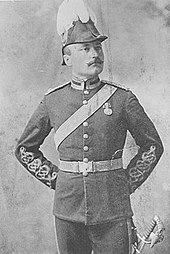 François-Louis Lessard 1900. Lessard was tasked with covering the withdrawal of the British-Canadian force. 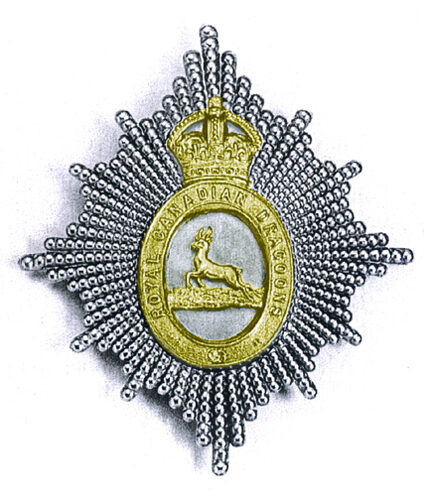 Origin of the Dragoon Cap Badge

Though no official account of this action exists, as folklore, the story is remembered like this: While a troop of the Regiment was on outpost duty in South Africa, all seemed quiet; but a sentry reported to his officer that a number of Springboks were bounding frequently into the air as though alarmed. The officer ordered an immediate stand to in time to drive off an attack by a large party of Boers who had managed a stealthy approach to the outpost.

The Commanding Officer, LCol Lessard, on hearing of this event, requested authority to take the Springbok bounding as the Regimental Badge. In 1913, Royal approval was given. The Badge design is a Springbok bounding on a veldt, surmounted on a scroll inscribed “ROYAL CANADIAN DRAGOONS”.

The Regiment saw continued action through August and, on 21 August 1901, the Regiment assumed the name Royal Canadian Dragoons. The most noteworthy action of the Boer War which involved the Regiment occurred on 7 November 1900 along the Komati River at Leliefontein. While engaged in a hotly contested withdrawal, the Dragoons saved two guns belonging to D Bty, Royal Canadian Horse Artillery (now 2 RCHA). On that day three members of the Regiment received Victoria Crosses.

This action was followed by another in Steelprot Valley 13 November 1900, which ended the Regiment’s stay in South Africa. The Regiment arrived back in Canada in January 1901. While the Regiment was in South Africa it had marched nearly 2000 miles, had fought for 44 days and had won 13 decorations including the three Victoria Cross. 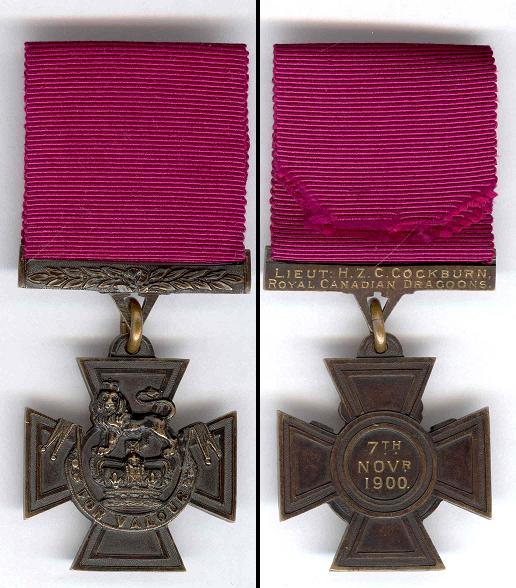 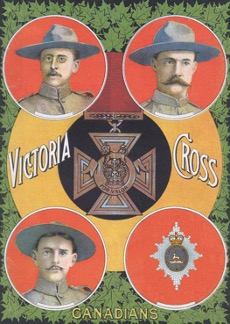 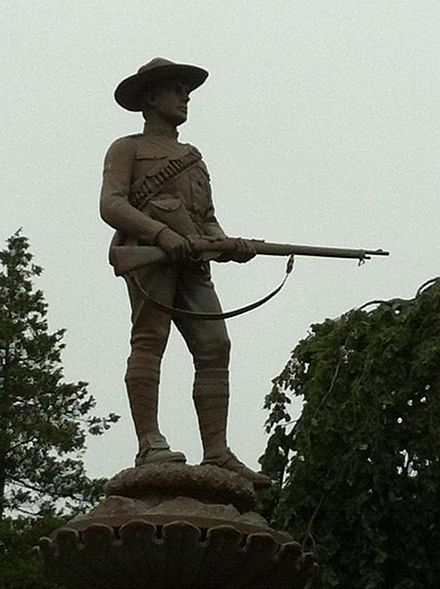 Sir: I have much pleasure in forwarding attached statements on the gallant behaviour of officers and non-commissioned officers of The Royal CanadianForces in the actions of 7th November, 1900 between Witkloof and Leliefontein on the Koomati River. I must in bringing them forward emphasize the fact that the behaviour of the whole Royal Canadian rear guard under Lieutenant-Colonel Lessard was so fine that it makes it most difficult to single out for special distinction. There is no doubt that men sacrificed themselves in the most gallant way to save the guns which they succeeded in doing.

These statements added to what I know myself enable me to bring forward five names for special distinction. The first for of them I emphatically recommend for the proud distinction of the Victoria Cross and the fifth for some mark of her Majesty’s favour.

Lieutenant H.L.C. Cockburn, of The Royal Canadian Dragoons, with a handful of men, at a most critical moment, held off the Boers to allow the guns to get away; but to do so he had to sacrifice himself and his party, all of whom were killed, wounded or taken prisoner.

Lieutenant R.E.W. Turner, later in the day when the Boers again seriously threatened to capture the guns, although twice previously wounded, dismounted and deployed his men at close range and drove off the Boers thus saving the guns.

No 185 Private W.A. Knisly, The Royal Canadian Dragoons, in a most gallant way carried out of action under heavy and close fire No 172 Corporal Pearcy R. Price, getting wounded himself in doing so.

No 176 Sergeant E. Holland, of the Royal Canadian Dragoons, did splendid work with his Colt gun. He kept the Boers off the 12 pounders by fire from his gun at close range, and then when he saw the Boers were too near for him to escape with the carriage, as the horse was blown, calmly lifted the gun off the carriage and galloped off with it under his arm.

Lieutenant E.W.B. Morrison, Royal Canadian Artillery, for the skill and coolness with which he worked and finally saved his guns.

I have the honour to be, sir, your obedient servant.