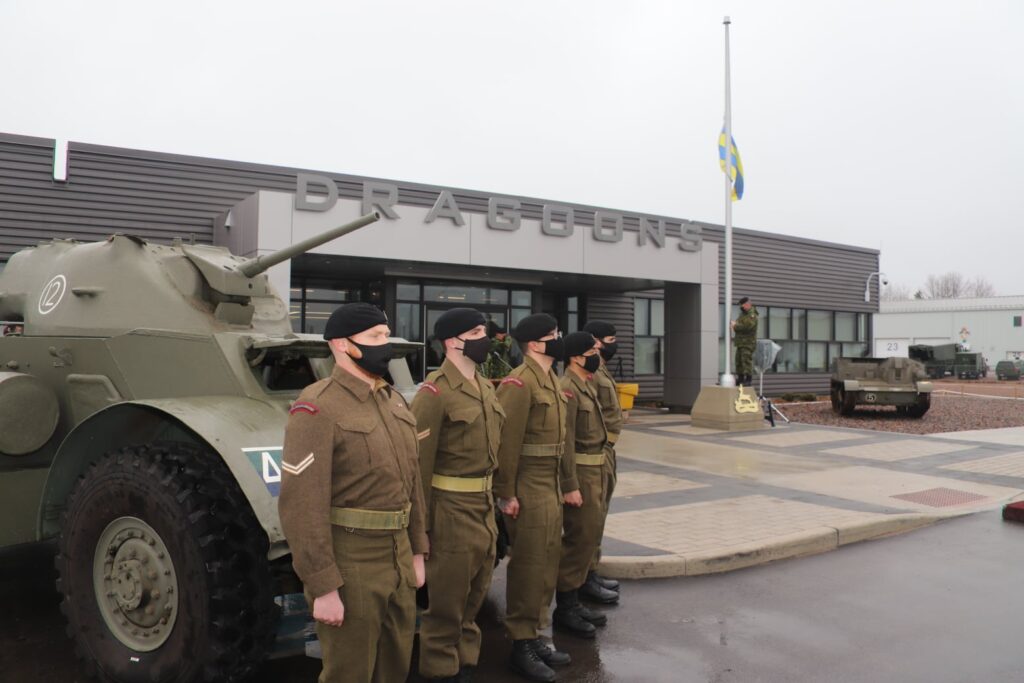 On Thursday, 14 April 2022 The Royal Canadian Dragoons held a parade for our 77th annual celebration of the Liberation of Leeuwarden. We were fortunate to have the Van Dyke family who were present during the German occupation and subsequent Liberation of Leeuwarden in April 1945. The Colonel of The Regiment was present to say a few words including a big thank you to the Van Dyke family for coming out of their way to celebrate this very important day with The RCD.

A separate parade was held indoors earlier in the morning in order to present honours and awards as well as promote a handful of Dragoons. Following this, we had a short break before holding the ceremony celebrating the Liberation of Leeuwarden where the Chaplain read the Regimental Prayer, a description of the action on that day was read, and the Dutch anthem was played while the Leeuwarden flag was raised in place of the RCD Camp Flag. To finish off, the Colonel of The Regiment was called on to address the parade and detail the importance of commemorating this battle and the strong ties we’ve held with the town of Leeuwarden ever since.

On conclusion of the parade, The Dragoons congregated in the vehicle bays of our new building Y-137 to have a BBQ where all the members who were on parade had the opportunity to get some hamburgers and sausages and socialize with their peers and the Van Dyke family before getting dismissed for a long Easter weekend.