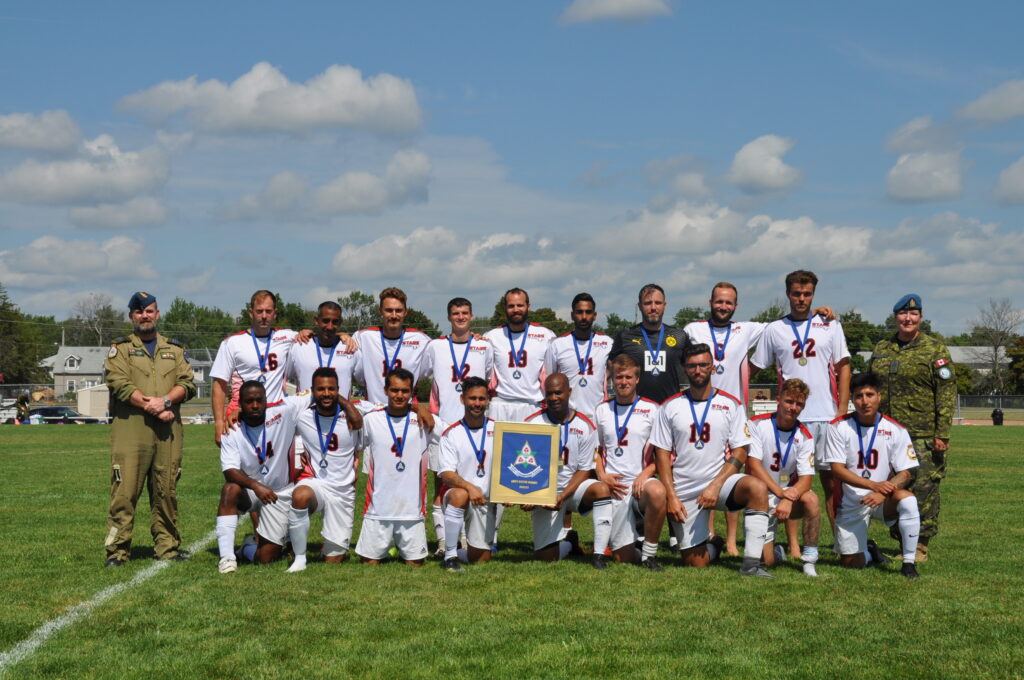 On 24 August 26, 2022 Men’s Petawawa base team competed in Semi-finial , Championship in Trenton ,Ontario. Defeating North Bay in a 4-0 win lead to the championship finial with Kingston on the 25 August, Hard fought 90 min resulted in a 1-0 winning the title to contribute to being the defending champions for two years in a row in the Ontario Region.

The team consisted of 5 Dragoons :

The team will be preparing for next phase Nationals in Kingston, Ontario on 26 August, 2022.