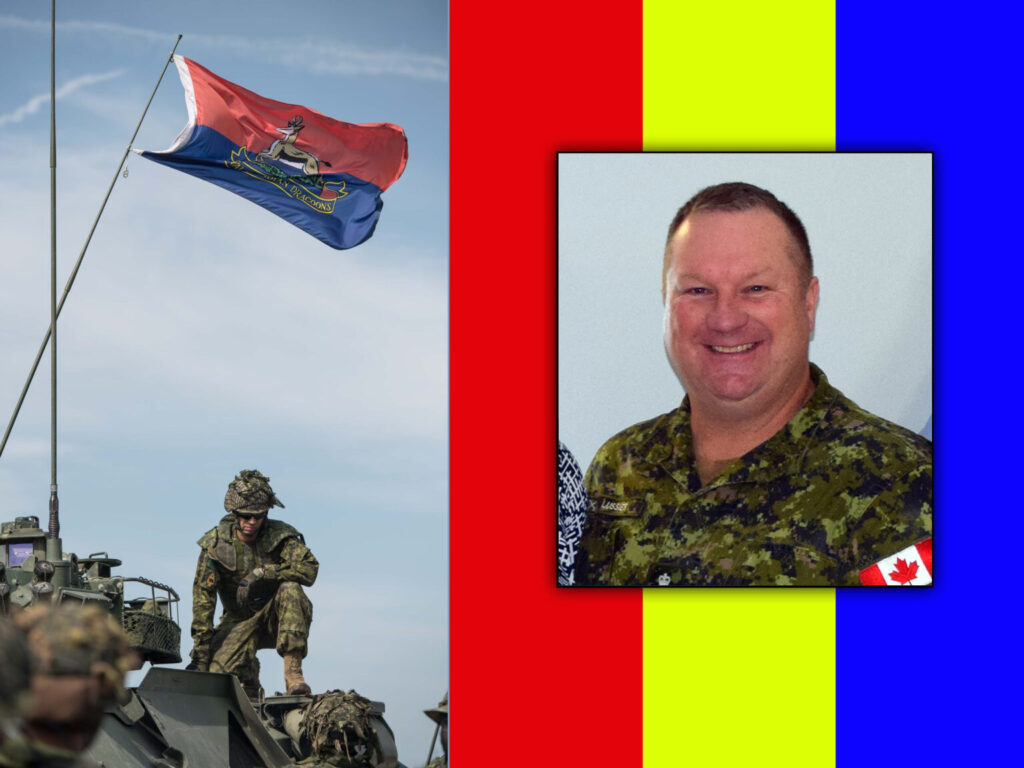 After 35 years and 22 Days of distinguished service in the Canadian Armed Forces, Colonel Andy Lussier will officially retire on 18 November 2022.

Colonel Lussier enrolled in the Canadian Forces in 1988 as a soldier. On completion of training, he was posted to his first regiment, the 8th Canadian Hussars in Lahr Germany. Following a year and a half as a Leopard Tank gunner and operator, he was selected for officer training. In 1990, Colonel Lussier reported to his current regiment, The Royal Canadian Dragoons as a newly commissioned Troop Leader.

Colonel Lussier has spent the majority of his career in the field and has served in the 2nd and 4th Canadian Mechanized Brigade Groups as well as the Special Service Force. He has commanded a Recce Troop, Airborne Armour Recce Troop and Armour Pioneer Troop (Assault Troop). Other regimental positions include; Tank Squadron Battle Captain, 2nd In-Command Headquarters Squadron, Operations Officer and Recce Squadron Commander. Colonel Lussier was Commanding Officer of Personnel Support Services at 5th Canadian Division Support Base Gagetown.

Colonel Lussier is a graduate of Royal Military College of Canada (RMC) Kingston, The Canadian Land Force Command and Staff College and the Canadian Forces College. He has a Bachelor degree in Military Arts and Sciences, a Master’s degree in Defence Studies.

After 17 moves, Andy and Connie have found their forever home on a golf course in Navan Ontario close to Family, their children and more importantly, their grandchildren.

Andy intends to complete several projects in the woodshop, while Connie continues to work to keep him in the lifestyle he has grown accustomed to.

Colonel Lussier and his wife Connie will host a small gathering of friends and family at the Clock Tower Brew Pub at 418 Richmond Road, Ottawa (Westboro) on Thursday, November 24th starting at 3:30 pm. Light refreshments will be served and the dress is relaxed!. It will be a great opportunity to share stories and memories with Colonel Lussier and his family. If you will be attending, please RSVP to Colonel Rob Marois, Robert.marois@forces.gc.ca by no later than Friday, November 18th.

Any anecdotes or best wishes can be sent to Colonel Rob Marois ahead of the gathering and would be appreciated before November 21st.