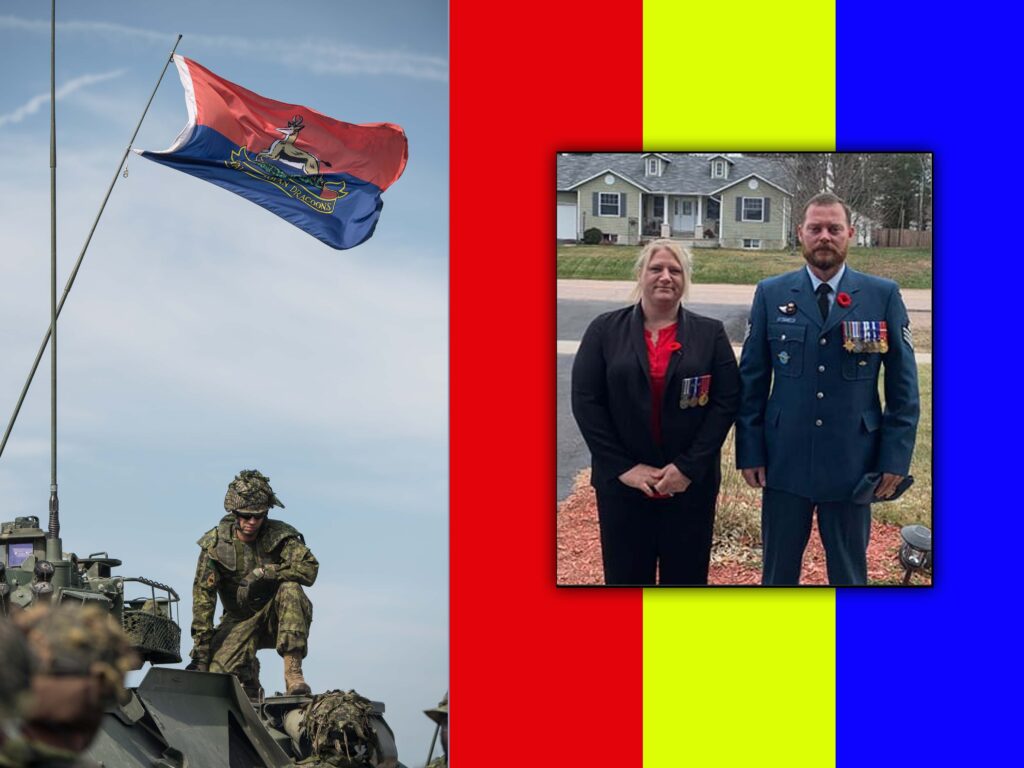 After more than 25 years of service, Sergeant Jeffrey Hogg retired from the Canadian Armed Forces on 5 July 2021.

Sgt Hogg started his career as a reserve infantryman in 1995, serving a year with the Royal Newfoundland Regiment before transferring to the Regular Force with the Armoured Corps in 1996. He completed his TQ3 in CFB Gagetown where his first combat role would be as a gunner on the Leopard tank. Later that same year he was posted to CFB Petawawa with B Sqn RCD. He remained a gunner for the next couple of years prior to receiving his drivers course.

Jeff said that this was an awesome experience as there was nothing quite like driving a main battle tank. After 3 years with B Sqn he would move to Recce Sqn serving the next 9 years with some quality soldiers initially as a Gunner on the Coyote before attaining Surveillance Operator and Drivers course. He would deploy three times with Recce Sqn, Kosovo 1999-2000, Bosnia ROTO 13 in 2004 and Afghanistan in 2006.

In 2007 Sgt Hogg was posted to the Armoured School in CFB Gagetown serving another year before his OT to the RCAF as an ACS Tech. Upon completion of his training in Borden he was posted back to Gagetown with 403 Sqn working on the CH146 Griffon. In 2013 Jeff would be posted back to CFB Petawawa at 450 THS to work on the CH147f Chinooks. Jeff enjoyed his time with 450 THS and is thankful for the many experiences he had including hovering over Stonehenge in England, flying around California and over musk ox herds in the arctic. He also enjoyed completing his fourth and final tour in Mali, maybe except for the camel spiders and scorpions. Sgt Hogg cherishes his time served with the CAF as well as the many friendships and bonds made during that time.

Sgt Hogg and his wife Sherri-Lynn will be retiring in the Alberta area where he will start his new civilian career.

A retirement function will be held at the Reichwald WO & Sgts mess 20 Aug 21 at 1030 hrs. The bar will be open for beverage sales and snacks will be served.

Please send any well wishes, messages of congrats or anecdotes to WO Jason Downey who is attached.