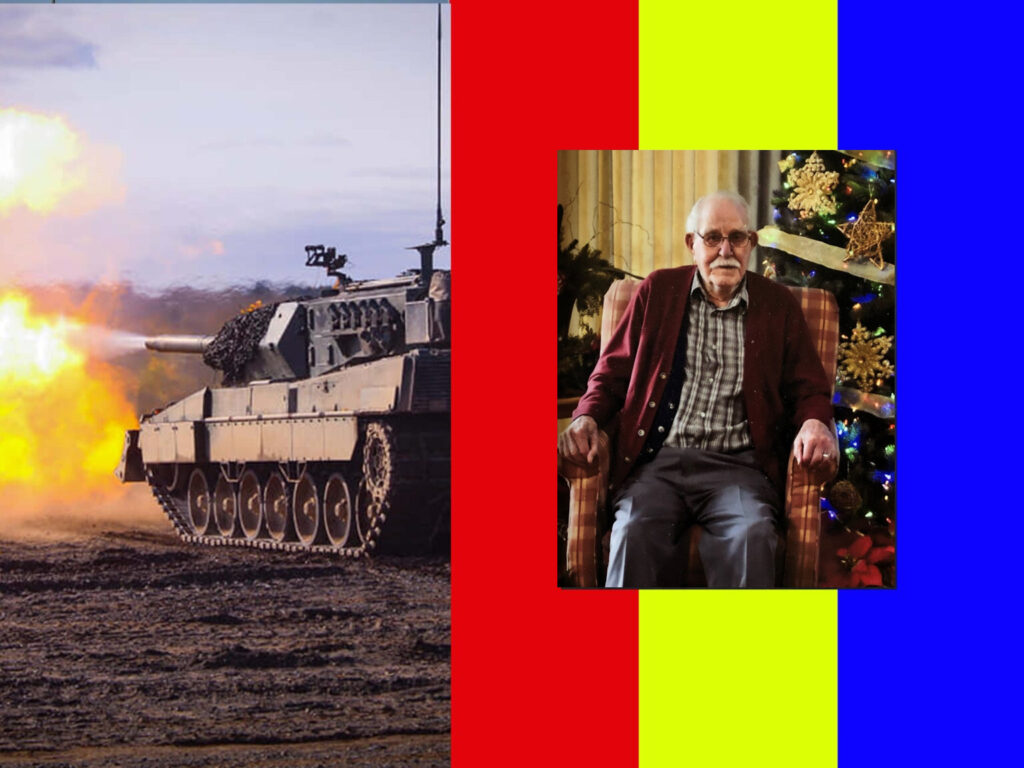 Born in the model farm district near Kelliher, Saskatchewan, Al was the third child of Dave and Dora Johnson. Al was raised in Porcupine Plain Saskatchewan, where his family pioneered since 1929. He enlisted in the army in 1941 and served with the Royal Canadian Dragoons in Great Britain, Sicily, Italy, France, Belgium, the liberation of Holland and was in Germany when the war ended. After discharge he worked for the Saskatchewan department of highways before moving to Kelowna in 1957, where he worked in real estate before being employed by the City of Kelowna from 1965 until retirement in 1982. He was also a long time member of the Royal Canadian Legion.

Many fond memories were made over the years going camping where Al enjoyed fishing, and learned to ride a quad at 85 years old. He also enjoyed dressing up as Santa during the holiday’s at his independent living facility. Prior to his passing, Al continued to enjoy knitting/crocheting, playing crib and “getting rich off quarters and chocolate” from bingo at Sun Pointe.

As per Al’s wishes he will be cremated, and there will be no service.

“When I am gone, release me, let me go. I have so many things to see and do. Mourn, if you must, but make it short. For it is only awhile that we must part. If you need me, call me and I will come. Though you can’t see me, I will be there. And when you come this way alone, I will greet you with a welcome home.”

Fond memories and expressions of sympathy may be shared at www.firstmemorialfuneralkelowna.com for the JOHNSON family.

Posted in Tributes
← THE GUILD’S WALL OF RECOGNITIONThe 77th Anniversary of the liberation of Leeuwarden and Friesland Province. →